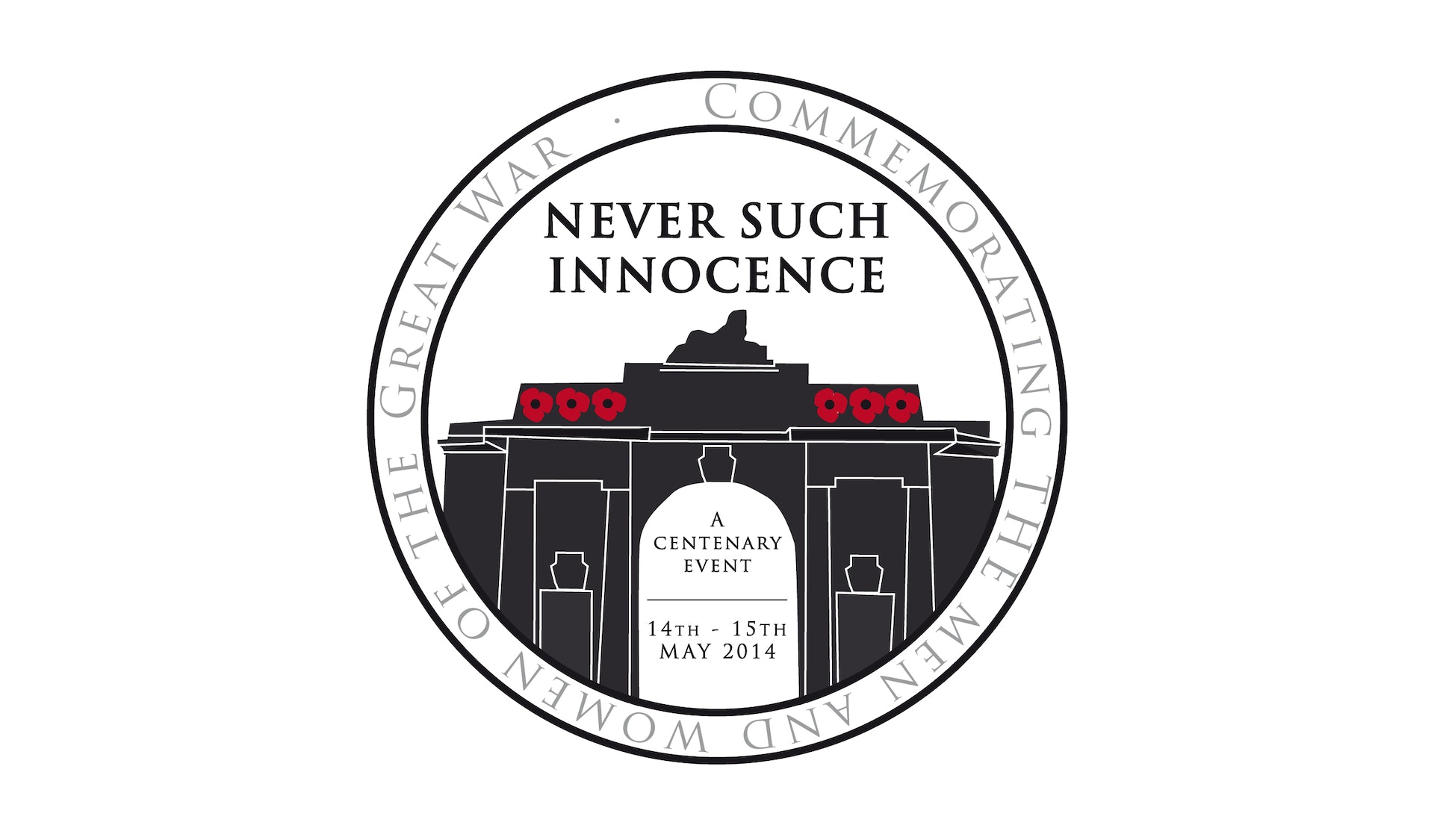 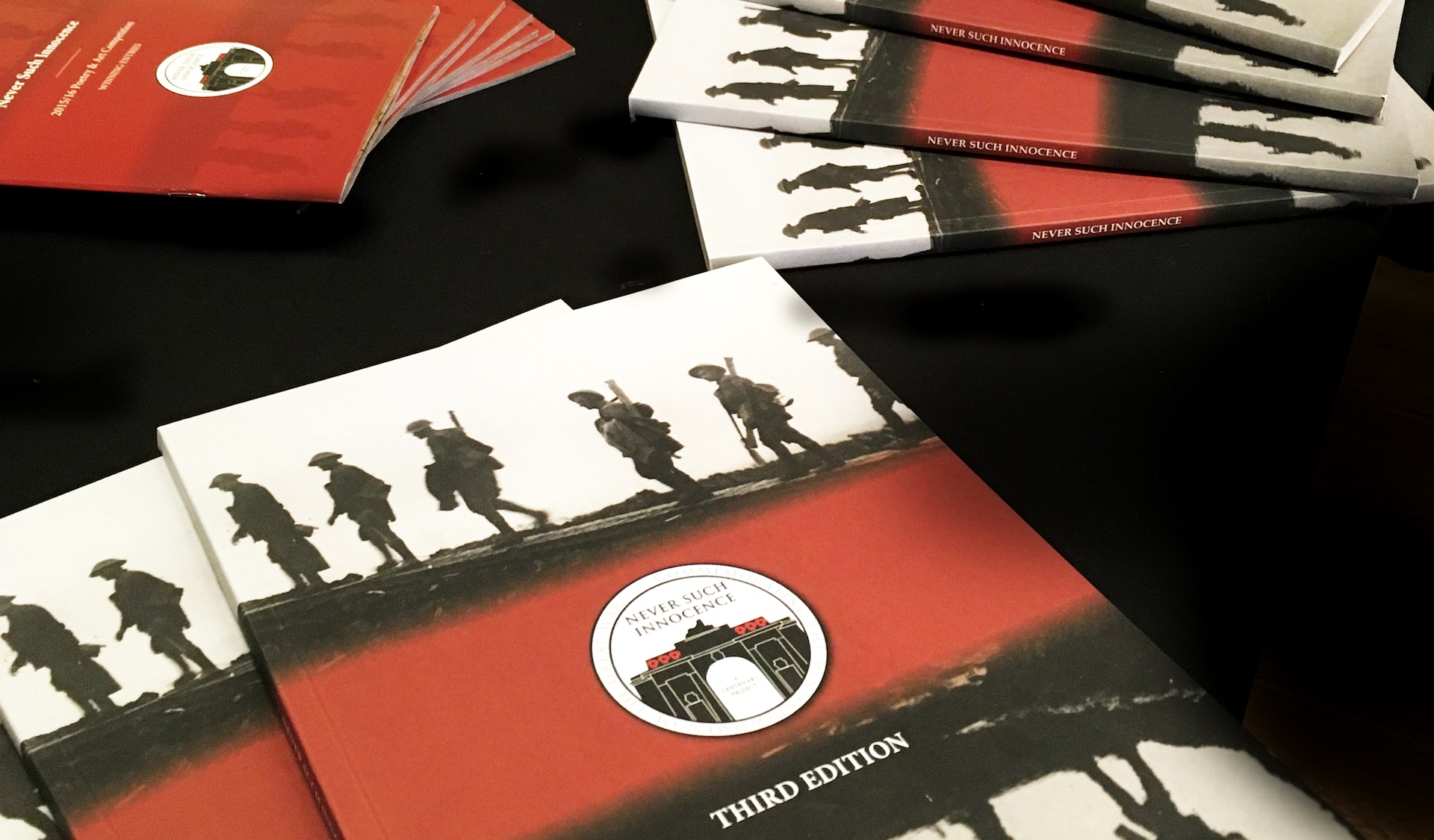 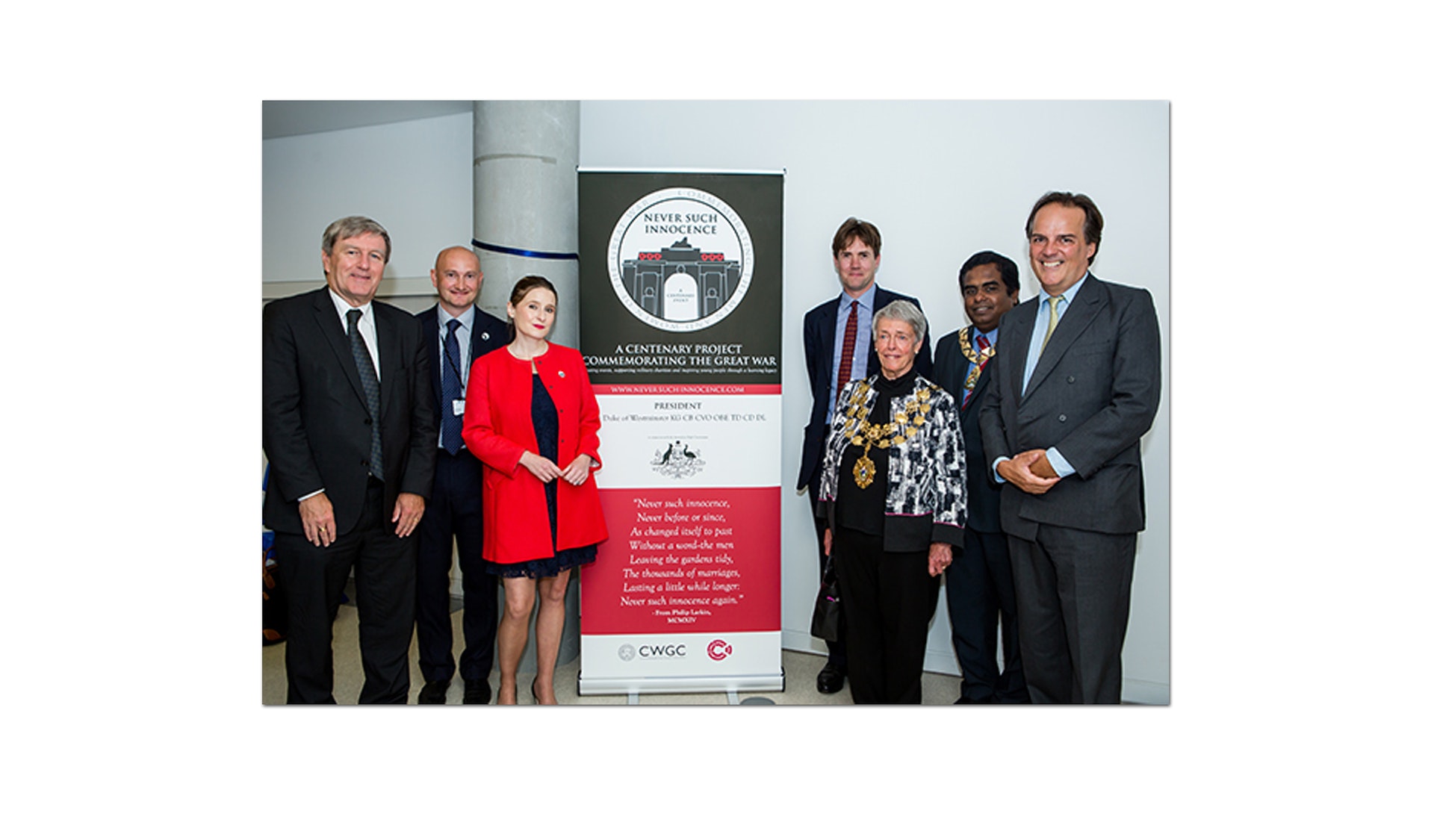 I was approached by Lady Lucy French, great-granddaughter of Field Marshal Sir John French (who commanded the British Expeditionary Forces from 1914-15) to create a logo for her charity venture, Never Such Innocence.  Never Such Innocence’s aim is to ensure young people nationally are inspired, informed and most importantly included in the centenary activities, through the production of a series of educational initiatives and a specially commissioned theatrical production. I was honoured to take on this project and thrilled to see it coming to life at events, on pin badges and more.

‘Never Such Innocence’ takes its name from Philip Larkin’s famous poem MCMXIV, which reflects on the changes caused by the First World War. The logo incorporates the Menin Gate Memorial to the missing in Ypres, Belgium as well as poppies which are synonymous with remembrance as they were one of the only plants to grow on the otherwise barren battlefields during WW1 in Flanders and Northern France.

"I asked Katy to design the logo for my charity, Never Such Innocence. Never such Innocence gives children from across the British Isles and now more widely, the opportunity to play their part in the centenary of the First World War through, poetry, art and song. We are now a global entity and Katy's design has helped us create a brand that is recognisable, contemporary yet fitting of the sense of centenary commemorations. I couldn't have wished for a more perfect design."